It is the end of my first week as Head of Digital here at the University of Bath. Naturally, I have had a busy week of meetings but it has been a joy getting around the beautiful campus and meeting the lovely people who work and study here.

I have been pleased to hear everyone I have met say that world-class digital communication is critical to the University’s ongoing success. They believe that the University can be proud of its digital work to date and that more should be done to build on that track record.

That is a fantastic mandate to have. I am looking forward to working with people from across campus to deliver the digital profile that the University deserves.

At the centre of those efforts will be my team of editors, developers and designers. In the short time I have worked with them their passion for this University has shone out and they are bristling with the skills and energy that this University needs to take full advantage of digital media.

Over the course of next few weeks and months, I will be trying to meet as many people as I can to understand how the University operates and what the folks here need from my team. I look forward to updating you on what I discover, and if you want to talk to me, please drop me a line or leave a comment here.

If you want to read a bit more about my background then have a look at my LinkedIn profile and if you want to follow me on Twitter I am @rossferg.

At the end of July, I will be deployed from the Government Digital Service. Like much of the government digital estate that has come through GDS, I am being shipped as a much improved product.

I’m leaving, I had a great time working here, I am proud of what I achieved, the team are wonderful, but it’s time to go in search of new challenges.

This post doesn’t stray far from that leaving post formula, so maybe you are done here. Or if you read on maybe you’ll gain an insight or two into the GDS ‘secret sauce’ from someone who has had a hand in its concoction.

END_OF_DOCUMENT_TOKEN_TO_BE_REPLACED

One morning, when I was interning at an Edinburgh ad agency, a client in Dundee called to say that rather than needing ‘that dvd’ next week, they needed it ‘right bloody now’.

So roof down, away I went with my cargo. Arrived promptly and well turned out. Client was happy and impressed and called the bosses back at base to say as much.

The point of placements

There are two points to this anecdote. One is cometh the hour, cometh the intern – sometimes the most junior members of staff save the day. The second is that internships can involve grind, boredom and bewilderment but they also introduce you to what it is like to be in a workplace, in a role and have professional responsibilities.

At the end of an internship you want to come out more rounded, a bit more savvy and have a clear set of stories to tell an employer at interview. If you get to drive a cool car, that’s a bonus.

END_OF_DOCUMENT_TOKEN_TO_BE_REPLACED

Today we are very pleased to release the Worldwide section of GOV.UK, which explains the structure and activities of British government organisations in over 200 locations around the world.

Worldwide (www.gov.uk/government/world) is the new home on the web for the overseas web presences of DFID and FCO, and much of UKTI‘s international-facing content (ahead of a wholesale transition later this year). These location profiles will be frequently updated to set out the government’s response to international events, present case studies of diplomacy, development and trade in action, and provide information about senior staff responsible for overseeing that activity.

END_OF_DOCUMENT_TOKEN_TO_BE_REPLACED

They can’t tell the whole story but digital analytics are a useful and readily available source of information about how people are interacting with the GOV.UK platform and content. END_OF_DOCUMENT_TOKEN_TO_BE_REPLACED 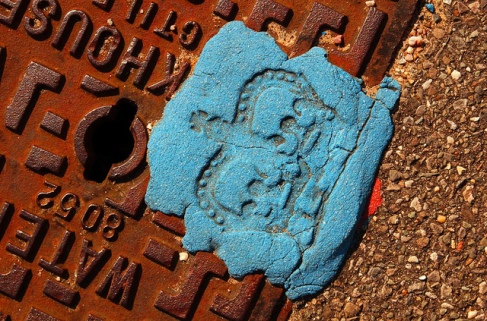 Something’s got to give. I’m either going to give this blog up for lost, change it’s focus or pick it up with renewed energy.

I have yet to decide.

In the meantime, I’ve been at it elsewhere. Mainly on the GDS blog, where I’ve posted about:

It’s a honour to post there, among some seriously smart and creative people. It’s one of my favourite blogs to read.

I’ve also been posting alongside Neil Williams on Inside Inside Government, which we use to explain new features and ideas for Inside Government. It’s been particularly enjoyable writing for that, I think we’ve got a good style going there and the feedback has been great.

Actually I’ve been a bit lax there too recently. But not to worry, I’m brewing up a couple of tasty announcements.

It’s early days for Inside Government but we wanted to share some analytical data on user traffic, demand and engagement.

Inside Government is just three weeks old. We launched with five government organisations on 15 November and it felt good to get going. With no time to waste, another four departments will be joining the original five in a few days time. END_OF_DOCUMENT_TOKEN_TO_BE_REPLACED

Publishing all the government’s corporate information on a shared platform hasn’t been done before. So the Inside Government team have been building a profile of the site’s users over the months as we’ve been developing the product. This is what we think we know about them. END_OF_DOCUMENT_TOKEN_TO_BE_REPLACED

Government is a major news source. As central government departments begin the transition to GOV.UK they’ll be publishing their news in a single place, and we have a fantastic opportunity to improve the user experience of this high profile content. Here’s how we plan to start doing that. END_OF_DOCUMENT_TOKEN_TO_BE_REPLACED

What an honour it is to have been called up to the small band of product managers at the Government Digital Service.

Wanting to do the absolute best job I can, I jumped at the chance to tag along to Mind the Product 2012, where product managers from around Europe met up to learn how some of the best in the world go about their business.

Of the many pearls of wisdom shared, here is what stuck with me since…